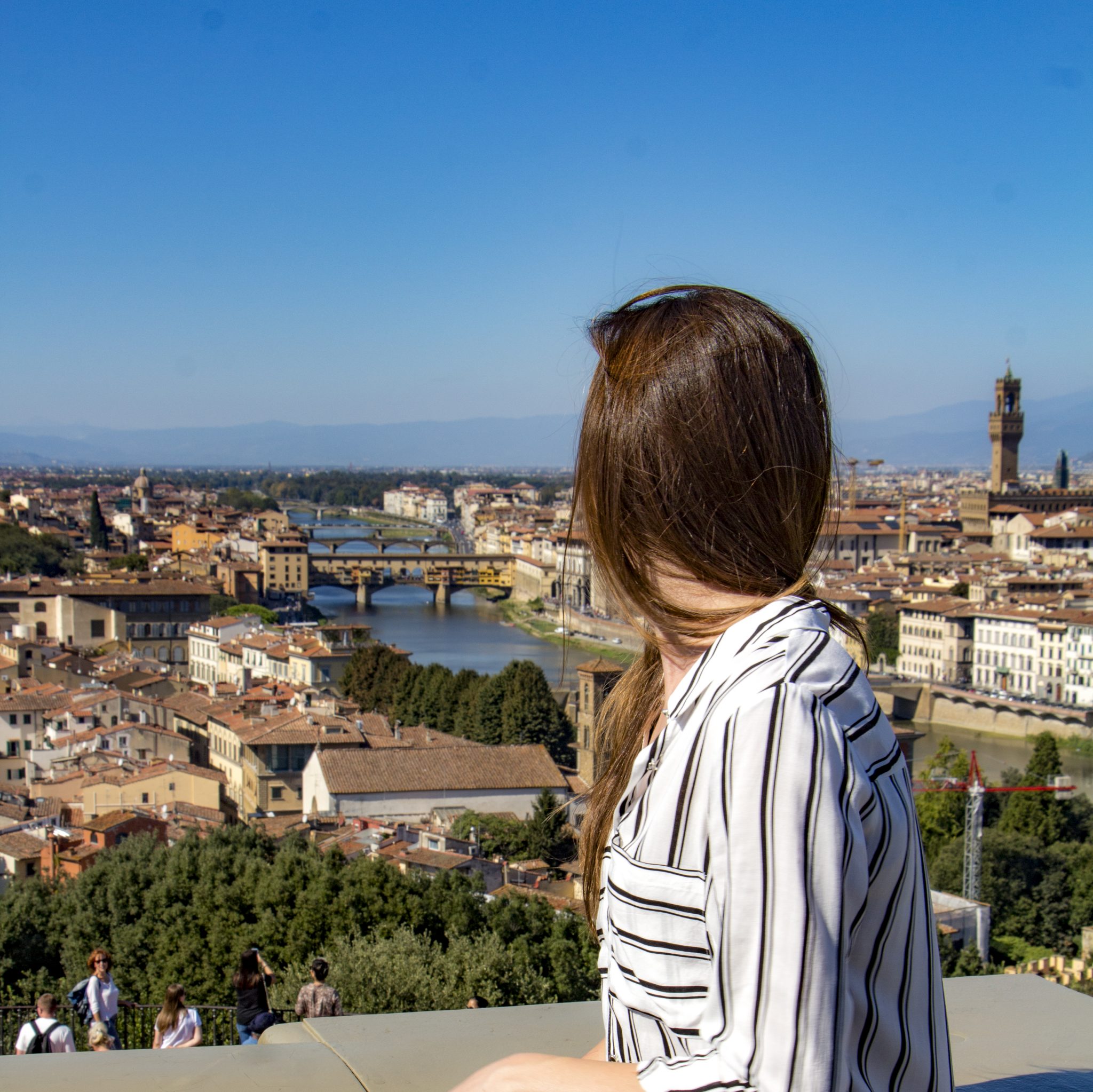 Florence is the capital of the Italian region of Tuscany and is known for its history and importance in the Middle Ages and the Renaissance. Florence was one of the richest cities of the time,

Florence is the capital of the Italian region of Tuscany and is known for its history and importance in the Middle Ages and the Renaissance. Florence was one of the richest cities of the time, being called Athens from the Middle Ages. It has long been under the de facto leadership of the Medici family. The city was nominated, according to a 2007 study, the most desirable tourist destination in the world. And rightly, it really deserves its place. Narrow and cobbled streets, still bearing the smell of old times, impressive monuments and elegant palaces, clogged in the refinement of the Middle Ages and the Renaissance. A unique atmosphere offered by a city that combines the present with the past in the sweetest song. You will definitely love Florence. Beautiful people, gathered here all over the world, have come to feel the magic of this place, as if time has frozen here in this city, in the beautiful valley of Tuscany.

Let me put you on dream wings, to the most beautiful destination. I’ll leave you some pictures that will definitely convince you to visit this city. Here are the most important tourist attractions in Florence:

The name, the Church of the Holy Mary of the Flowers, refers to the lilac flower, which is the symbol of Florence, or even to the old name of the city, Fiorenza. It is the second largest church in Italy after the Basilica of St. Peter in Rome. Night or day, the cathedral is really impressive and offers magic to the passers-by. It will make you stop for a moment to admire its greatness. A single museum including Cathedral of Santa Maria del Fiore, Brunelleschi’s Dome, Giotto’s Bell Tower, the Baptistry of San Giovanni, the Crypt of Santa Reparata and the Opera Museum. If you have not seen this place, you have not seen Florence!

Remember that the museums will be closed on the first Tuesday of each month!

You can buy a valid ticket for all monuments with only 18 euros here! 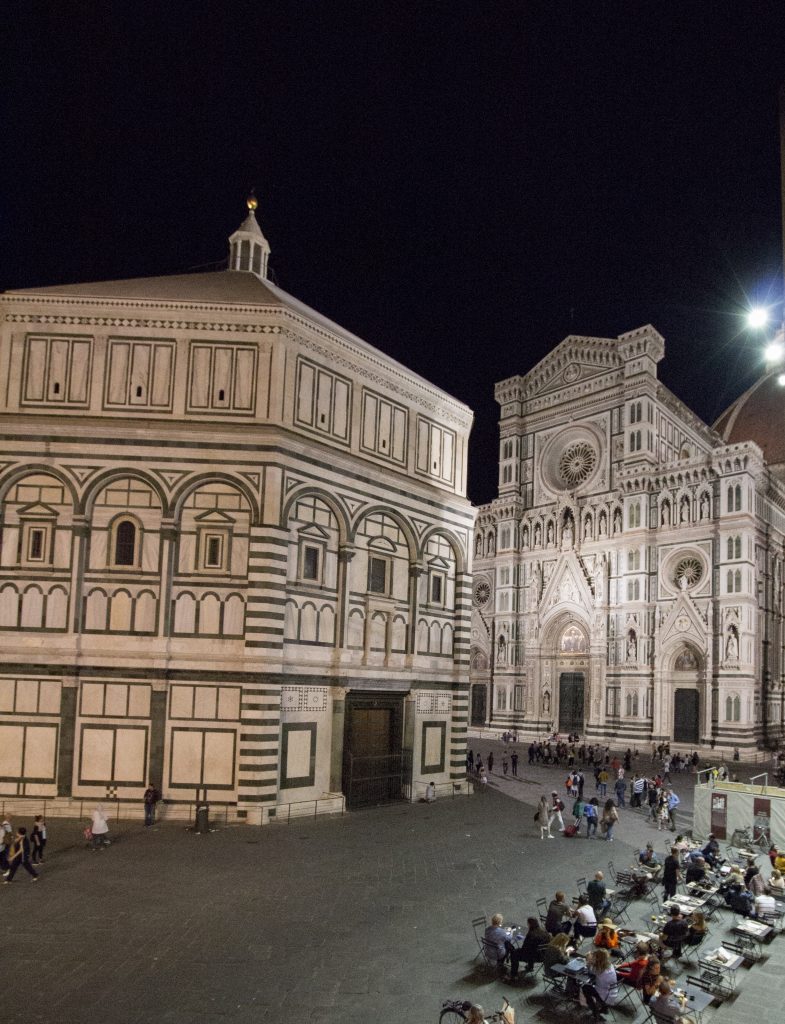 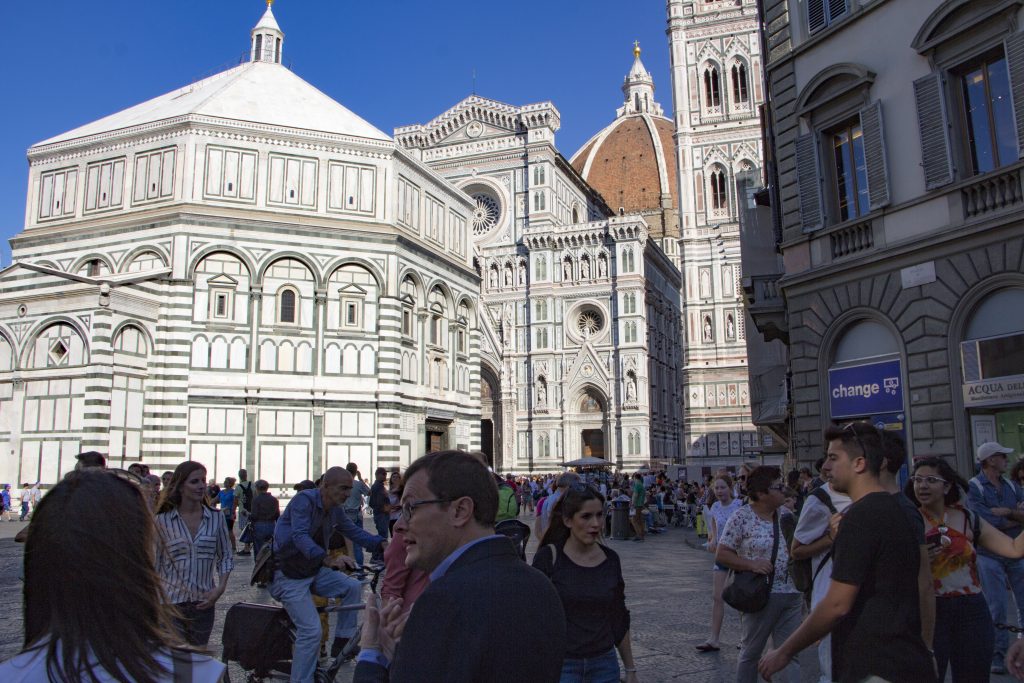 It is the oldest museum in Europe and according to UNESCO it has the largest Renaissance pinnacle. The elegant galleries were built between 1560 and 1580 to house the administrative and legal offices of Duke Cosimo I de Medici. The building was designed by the duke’s favorite architect, Giorgio Vasari. He is the one who made the U-shaped building with two long galleries linked together by a small arcade gallery that faces the Arno River. To build the U-shaped gallery, many buildings have been demolished, including the San Pier Scheraggio church. This is an ancient and important Roman church from the 11th century, whose arches and columns can be seen from Via della Ninna in front of the Palazzo Vecchio. 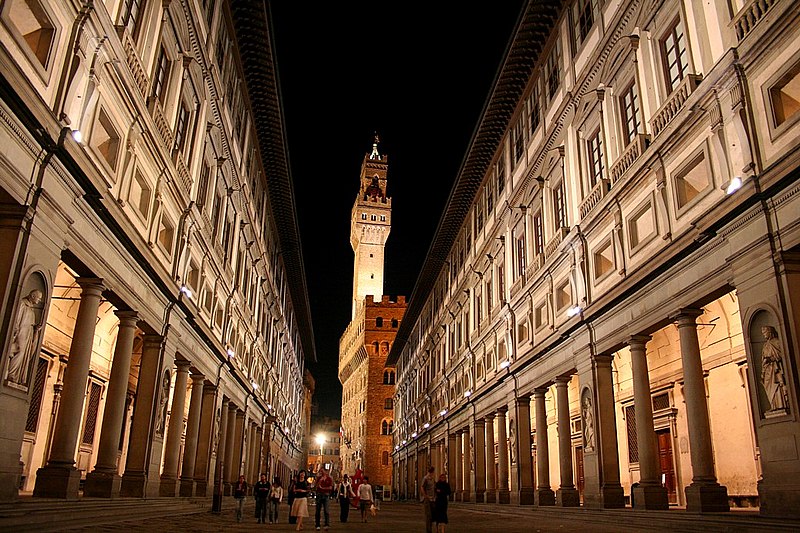 Free entrance and discounts according to www.uffizi .:

You can buy online tickets here! 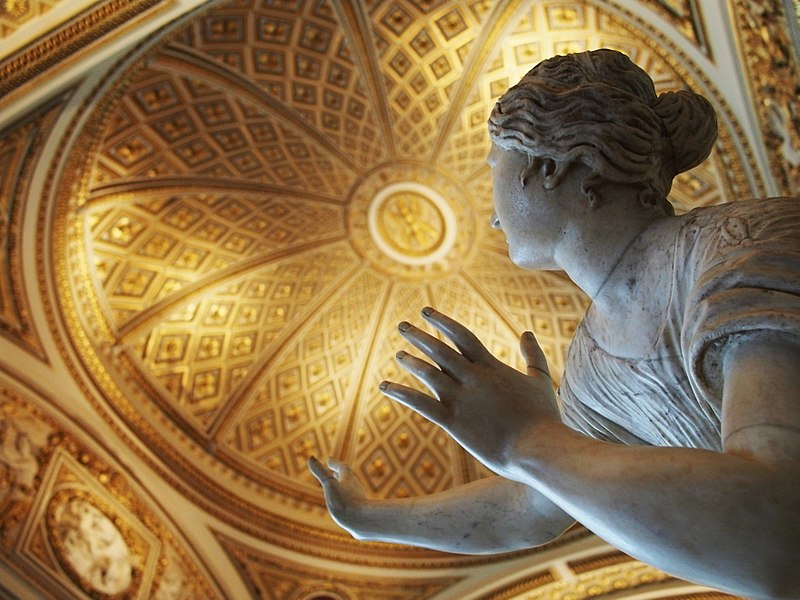 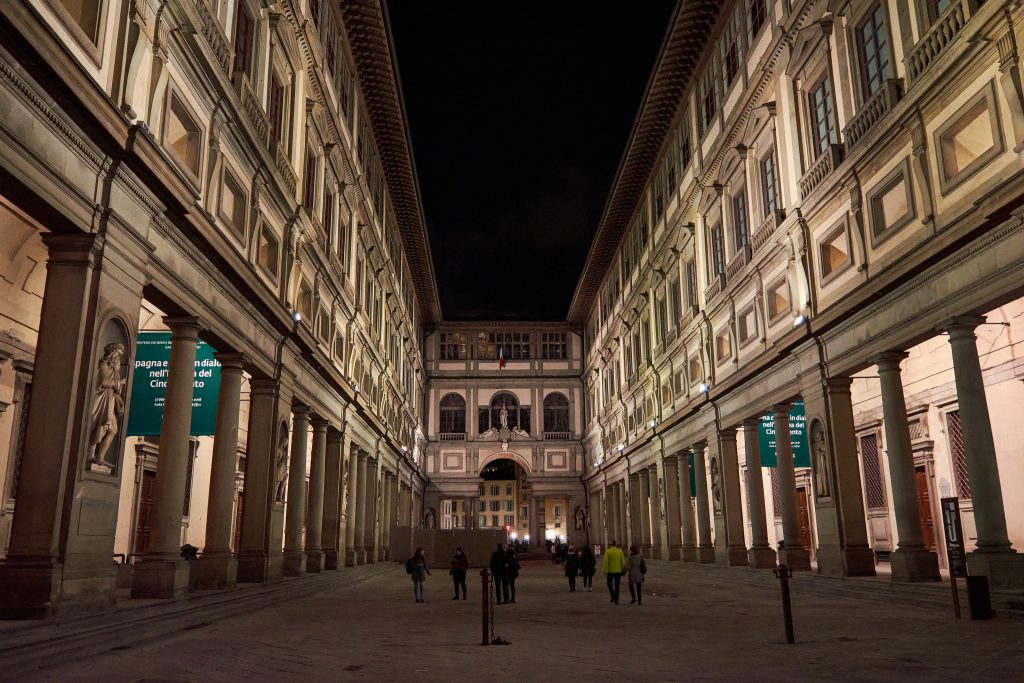 Beyond the Arno River, at the foot of the Boboli hill you will find a special place of a greatness that cuts your breath. Pitti Palace still bears its first owner name, the Florentine banker Luca Pitti, who in the mid-1400s began construction – perhaps after a Brunelleschi design. Luca Pitti wanted his residence to be the most imposing in the city. Pitti bought all the houses between the new palace and the hill path to build the Boboli, Giardino di Boboli gardens in Italian.

A century later, in 1550, the palace was acquired by Cosimo I de Medici and his wife Eleanor de Toledo as the residence of the Grand Duke, soon becoming the new symbol of Medici’s power over Tuscany. For the next two centuries, the palace has been remodeled and expanded practically as we know it today.

It was also the royal palace of the other two dynasties: the Lorraine-Habsburg House (which succeeded the Medici in 1737. Napoleon used the palace as a residence during his reign in Italy) and the Kings of Italy in the Savoyi House, 1865.

Today, the Palace is divided into four museums: the Grand Dukes Treasury on the ground floor, Palatine Gallery and Royal and Imperial Apartments on the first floor, and on the second floor the Modern Art Gallery as well as the Costume and Fashion Museum

The last entry is always one hour before closing.

You can buy your ticket online here! 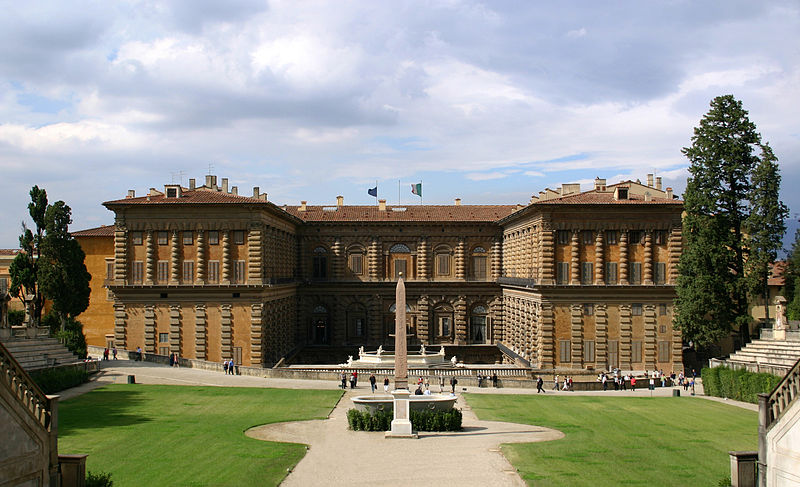 Hedges and trees, geometric geometrically arranged rare and wild plants with regular symmetrical positioning and impressive fountains are the perfect definition of Italian gardens. Beginning in 1549 and designed by Niccolò Pericoli, known as Tribolo, for the Eleanor Duchess of Toledo, these gardens become worthy of a great ducal residence. If you like walking outdoors, dream landscapes and reliving past times, I recommend you book a day for all these gardens. They are truly impressive for their majesty and the special concept.

Madamei Grotto, was built between 1553 and 1555 and wanted to recreate a natural environment populated by mysterious beings and animals, was one of the first major constructions. Between 1583 and 1593, instead of a nursery designed by Vasari, it was built by Bernardo Buontalenti Grota Buontalenti. It is a spectacular grotto that has been built with limestone concrete stalactites, shells and terracotta reliefs, and water running down the walls offers vivacity and color.

Viottolone is a large central boulevard, at the end of which Alfonso Parigi designed a large elliptical basin with a central island, both populated by statues of fantastic and mythological figures. The ocean, a monumental statue of Giambologna, was placed in the center of the island.

The map of the garden is here! 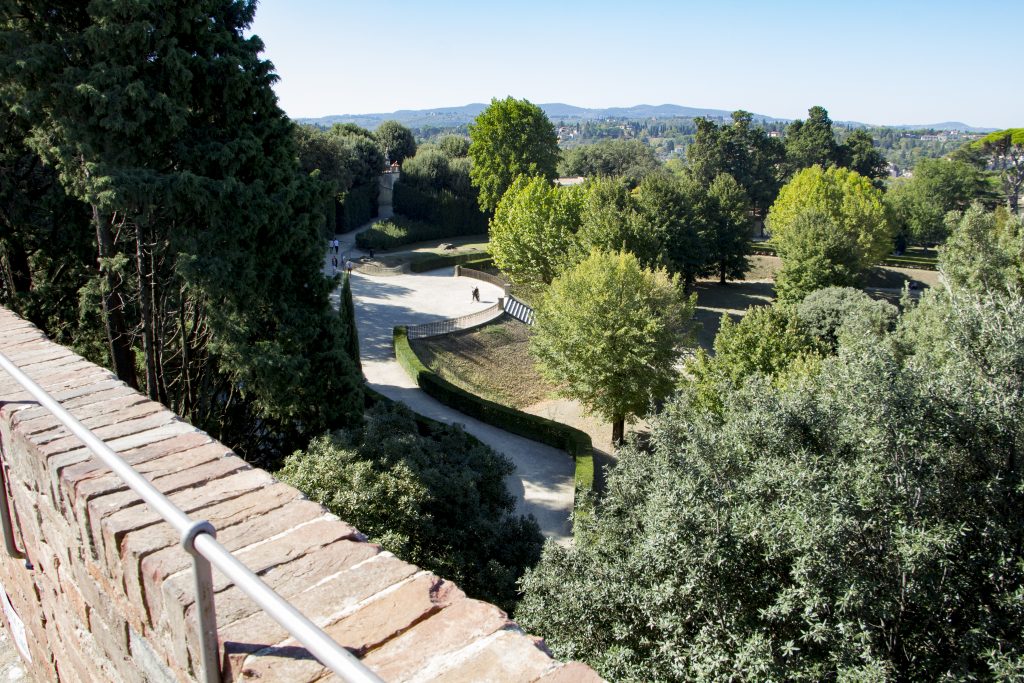 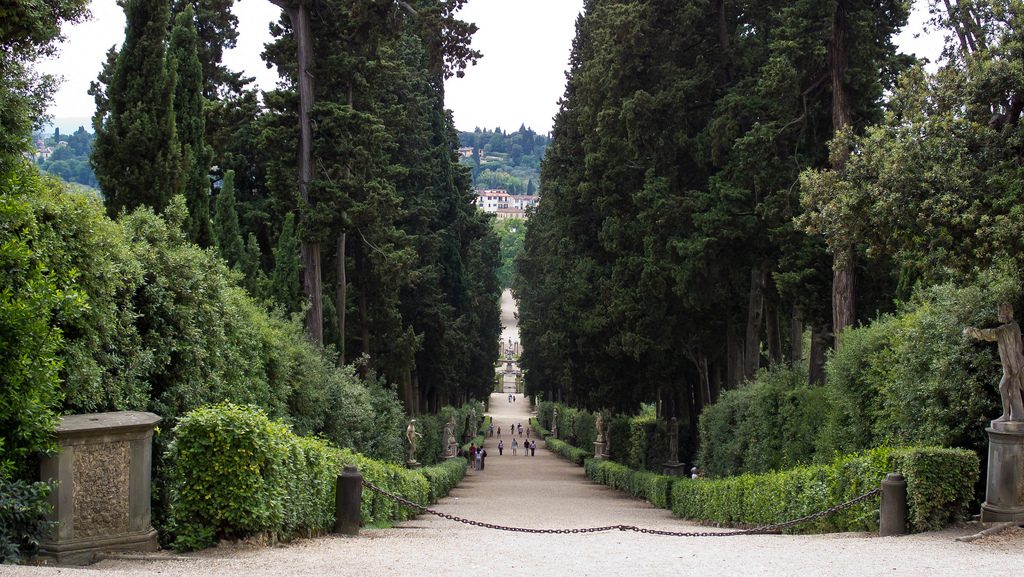 You can buy your ticket here!  Online ticket reservation – 3 € 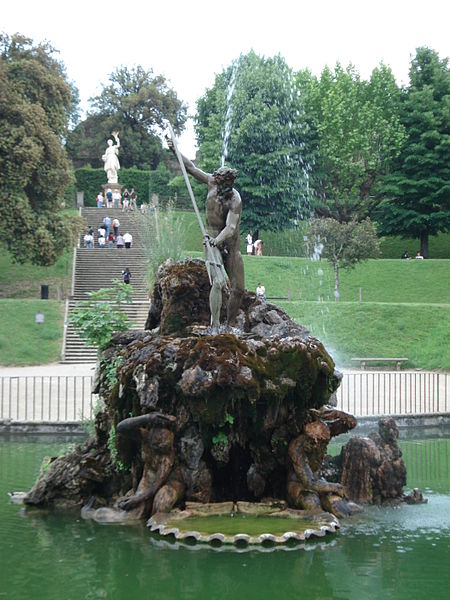 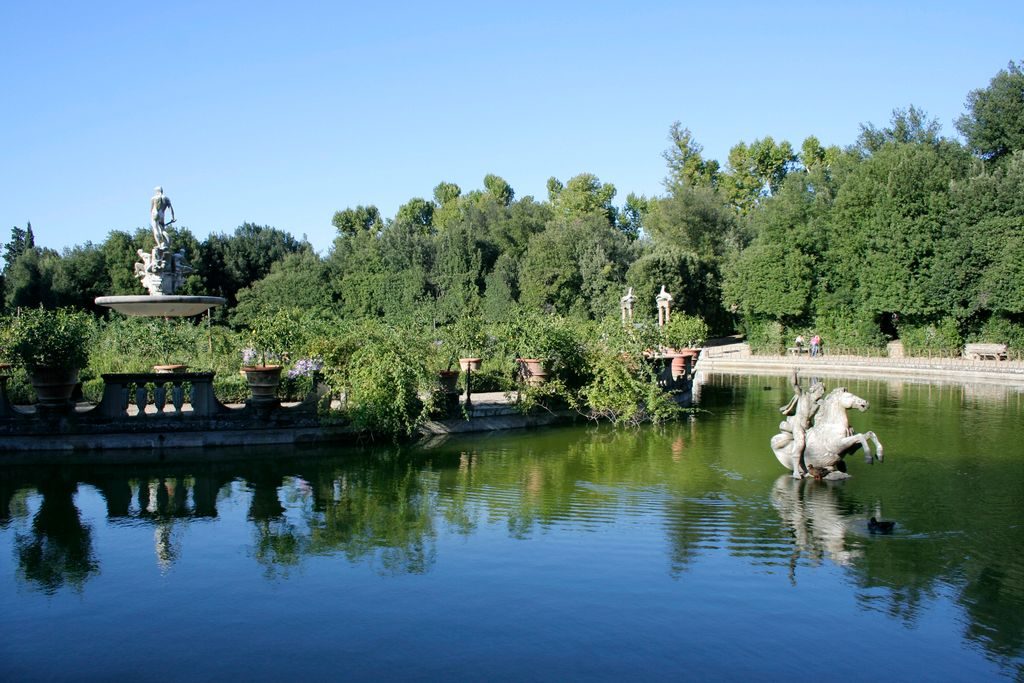 The second part of the article is here!

Back To Top
Close